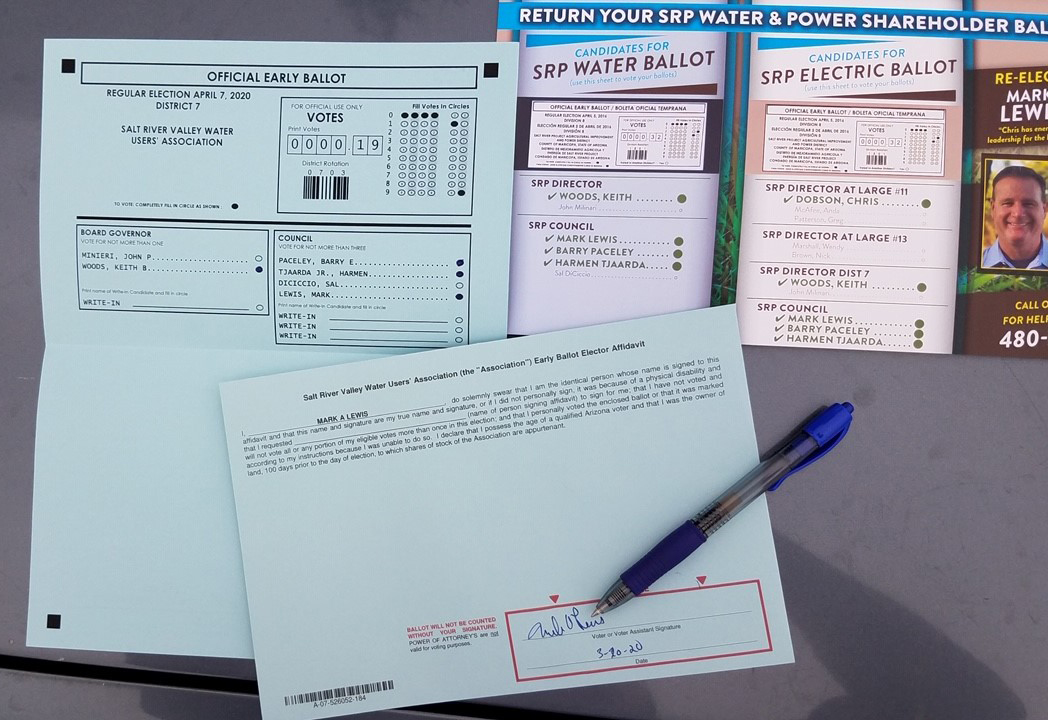 SRP Councilman Mark Lewis is running for re-election once more in a contested race in SRP’s District 7. This area covers SRP territory east of 24th Street, in Phoenix, to Pima Road in Scottsdale. And from the Salt River to the south to the Arizona Canal to the north (with an exception, to the Burgess canal between 40th street and 56th street)

When Mark received his early ballot, he demonstrated how he voted for the slate of Keep The Flow candidates: Keith Woods (Board), Mark Lewis (Council), Barry Paceley (Council), and Harmen Tjaarda (Council).

Ballots should be returned by mail to SRP no later than April 1st, to assure that your vote is received by SRP by 7pm, April 7th. For more questions about voting, contact Mark at marklewisaz@gmail.com

And a white SRP District 7 ballot for Electric (the District)